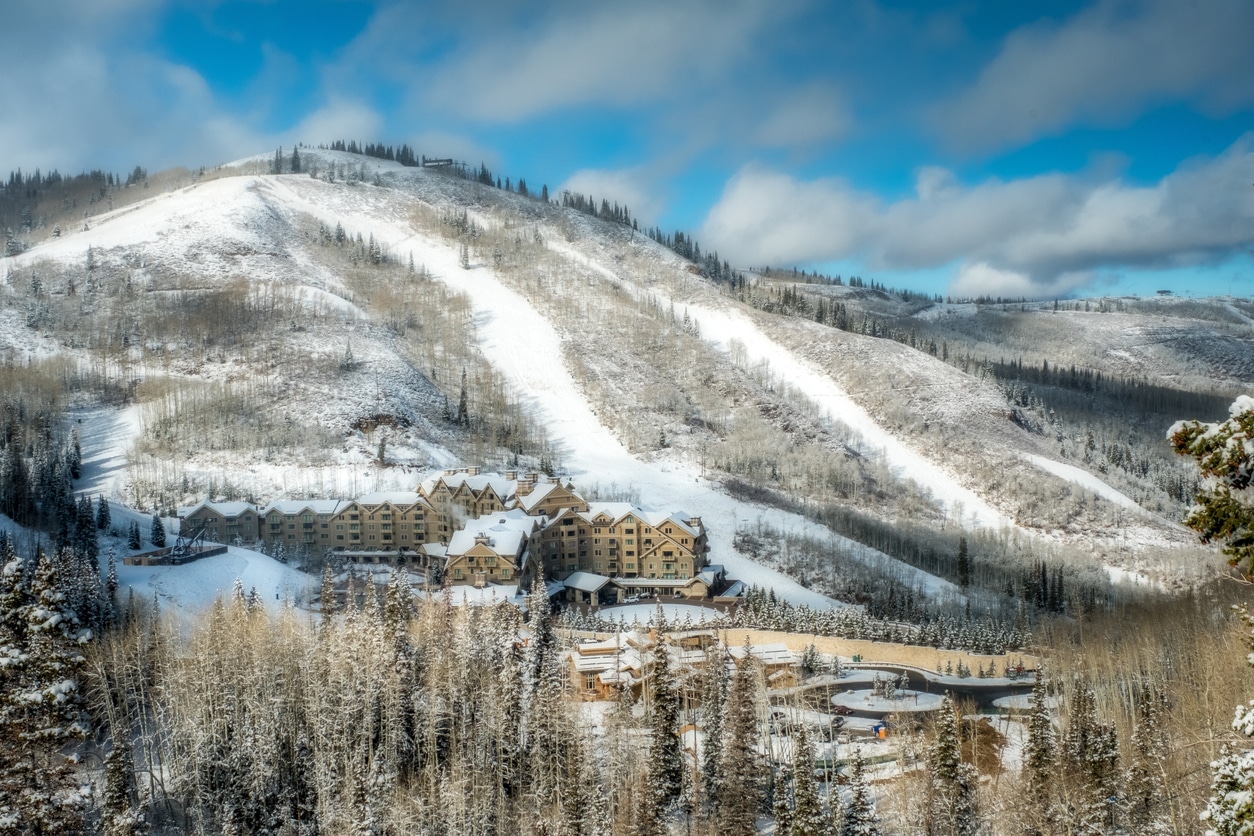 DEER VALLEY RESORT, Summit County — The Ruins of Pompeii, Gnat’s Eye and the Orient Express. What do these three things have in common? They are all names of popular ski runs at the Deer Valley Ski Resort near Park City.
Utah is famous for its ski resorts, attracting people from all over the world. There are 14 ski resorts in Utah, with “10 world-class ski resorts within an hour radius of the Salt Lake airport,” according to Ski Utah. Some of the ski trails at the various resorts have unusual and interesting names and even more interesting back stories.

At Solitude Mountain Resort, you’ll find a black diamond run called Barrett’s Glade. The trail is named after Robert M. Barrett, who developed the ski resort after he made his fortune by uranium mining in Moab, according to the Solitude Mountain Resort website. Barrett moved to the Salt Lake Valley for the skiing at the Alta Ski Area, and he ended up purchasing land in Big Cottonwood Canyon and opened it for skiing in 1957.
Solitude’s many runs also include elegant names such as The Prince of Wales, Voltaire and Olympia. Instead of being named after the royalty the names represent, these were originally the names of mines in Big Cottonwood Canyon, according to Lifestyle Properties.

The Payson Canyon ‘Four Bay’ trail system: Made by locals, built with love

Ezra, K. Lani, Little Shawny. These are all names of trails within a mountain bike trail system near the mouth of Payson Canyon known as Four Bay.
Other ski trail names had more intense origin stories. “Patroller Tom Trulock cleared brush on the mountain during the summer,” according to the Ski Utah article. “He fell on the chainsaw he carried and it gashed his arm. The run ‘Tricep’ used to be known as Trulock’s Tricep.”

Deer Valley Resort has followed the same tradition of naming ski runs after people. According to the International Skiing History Association, Stein’s Way is named after the late director of skiing at Deer Valley Resort Stein Eriksen. The founder of Deer Valley Resort, Edgar Stern, has his own run as well: Edgar’s Alley. Emily Summers, the senior communications manager for the Deer Valley Resort in Park City, said that 98 of Deer Valley Resort’s 103 ski runs are named after the original mining claims. “Skiers may notice spelling mistakes since we still use the original spelling,” Summers said. “For example, the run “Know you Don’t”, which was the Slalom course for the 2002 Winter Games.” Some of the trails are also named after their reputation. Summers said that Race Hill at Deer Valley was named for its constant competition. A notoriously easy slope at Snowbird was named West 2nd South after “the red light district where women were ‘easy,'” according to Ski Utah. As powder season approaches, take the opportunity to find the meaning behind your favorite trail’s name and add a little history lesson to your winter fun. What do you think is the most unusual trail name? Let us know in the comments. Editor’s note: The article initially had a typo of 1857, instead of 1957 for when Solitude Mountain Resort opened. That has been corrected.