37 Things to Do in Salt Lake City, Utah

37 Things to Do in Salt Lake City, Utah 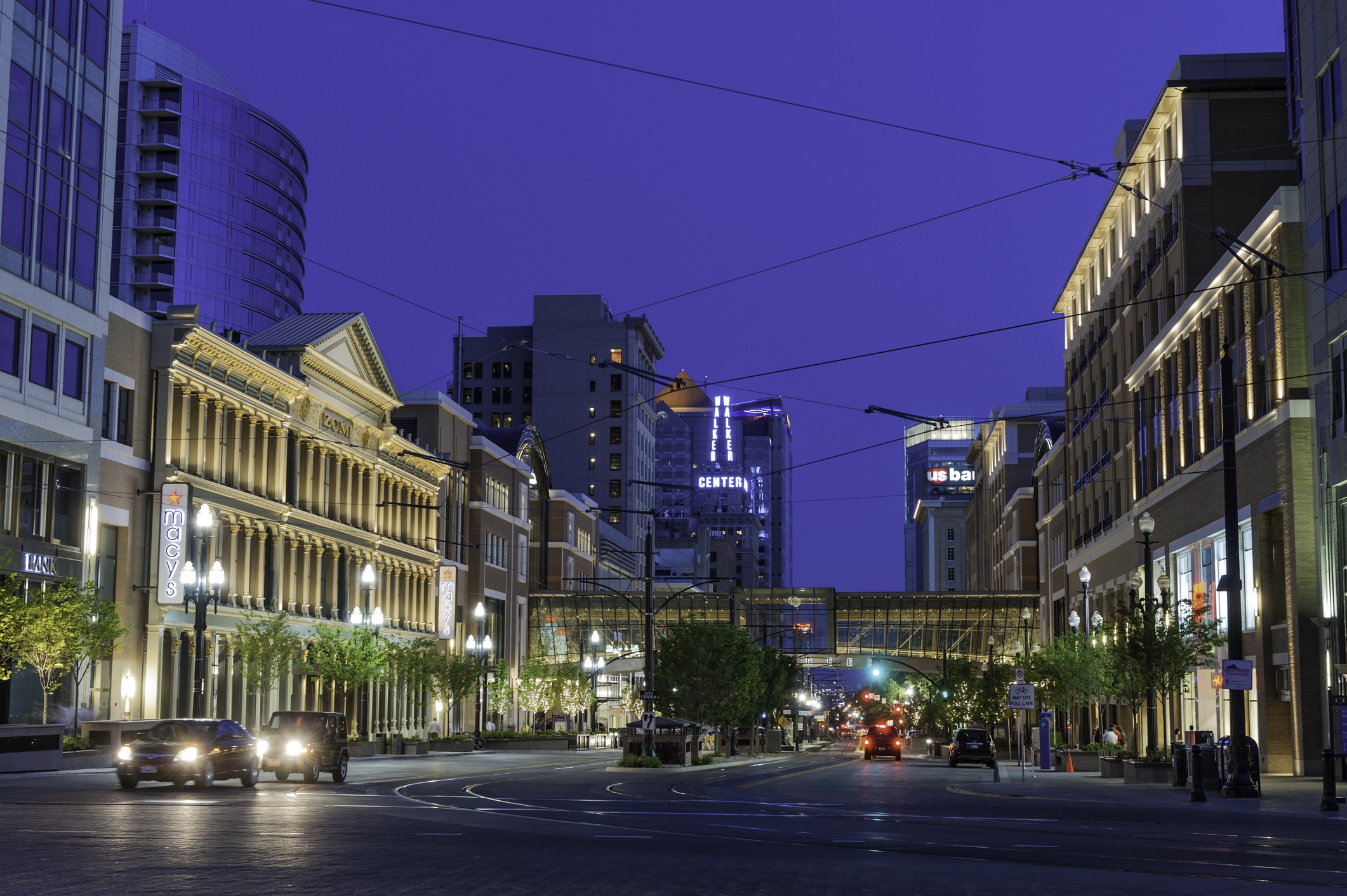 Your guide to have a perfect trip to Salt Lake City

In Salt Lake City, where it’s possible to hike every day of the year and never repeat the same trail twice, outdoor culture reigns supreme. Whether you’re jet skiing across Jordanelle Reservoir, or biking out to City Creek Canyon (a lush green stretch of wilderness just 10 minutes from downtown), there are so many options for adventures, you’ll never have trouble finding fun things to do in Salt Lake City. And while access to mountains is a huge draw for Salt Lake City, hip speakeasy-style bars, funky shopping neighborhoods, and a diverse restaurant scene are quickly putting Salt Lake City on the map.

Where is Salt Lake City?

Situated in the northern part of Utah — an hour and a half from the Wyoming border — a visit to Salt Lake City will place you at the foothills of the imposing Wasatch mountain range. Nearby are the shores of Great Salt Lake (the largest salt water lake in the western hemisphere), while close access to famed ski resorts like Snowbird, Alta, Solitude Mountain Resort, and Brighton Ski Resort make Salt Lake City a top pick for powder lovers.


Utah residents are self-proclaimed outdoors experts. With points of interest like ski mountains and hiking trails all around the city, locals are lucky enough to have world-class snow sports, hiking, and mountain biking right in their backyard. Whether you’re heading into the mountains, or exploring Salt Lake City’s public parks and museums, you’ll find plenty of inspiration as you decide what to do in this underrated city.

Be sure to start your visit by booking a Connect Pass from the visitor center, which grants admission to 13 of Salt Lake City’s top attractions, including the Clark Planetarium and the fantastic Leonardo museum, which explores the intersection of science, art, and innovation. At the Natural History Museum of Utah, the interactive exhibits focus on Utah’s natural landscape (so expect plenty of dinosaur fossils and gemstones). Adjacent to the museum are several hiking trails, as well as the delightful Red Butte Garden, which contains various themed gardens and an amphitheater for outdoor concerts in the summer. Admission to Utah Olympic Park is also included in the pass, which showcases one of the venues used during the 2012 Winter Olympics, hosted by Salt Lake City. Adrenaline junkies will love watching athletes practice on the original bobsleigh, luge, and skeleton tracks; but there are tons of activities for nonprofessionals to do as well. Visitors, for example can try the Extreme Zipline, which starts at the edge of the K120 nordic ski jump. Over at Snowbird, which stays open year-round, the Aerial Tram remains a popular warm-weather activity. The 1.6-mile cable ferries visitors high above the resort to an elevation of 11,000 feet. Once you get to the top, it’s a two-hour hike back down the mountain — though the colorful wildflowers and spectacular views help take your mind off all the legwork.

Coinciding with Utah’s Pioneer Day (held annually on July 24), Days of 47 is a citywide festival celebrating the founding of Salt Lake City in 1847, by Brigham Young, leader of the Church of Jesus Christ of Latter-day Saints. The main event is a parade beginning in Liberty Park, and features fireworks, a rodeo, and performances by the Mormon Tabernacle Choir. Over in Pioneer Park, the Twilight concert series gets underway each summer in July. Cheap ticket prices ($7.50) as well as a location in the heart of downtown make the performances accessible to all members of the city — visitors included. In addition to bigger names like Solange, Andrew Bird, and the Roots (all of whom played in 2017), local acts are also featured as openers. If you’re passionate about art in all its many forms, the Utah Arts Festival (late June) is entirely worth the trip out to Salt Lake City. Hundreds of artist booths set up in Library Square, along with six stages featuring dozens of bands, plus street theater, film screenings, and even workshops, so attendees can end the weekend with a new skill under their belt.

Every July 4, celebrations get underway inside Heritage Park, which draws families with activities like pony rides and a watermelon-eating contest. Meanwhile, the main event takes place at Smith’s Ballpark. The fireworks are some of the state’s most impressive, with food (mostly barbecue) and live musical entertainment.

If you find yourself with a spare afternoon in downtown Salt Lake City, shopping at City Creek Center is a great way to pass the time. The open-air mall spans three blocks, and encapsulates the rugged Utah vibe with fountains, waterfalls, and an actual creek running through the middle of the shops. For high-end gifts, there’s Tiffany & Co., Coach, and Brooks Brothers, while Utah Woolen Mills, Macy’s, and the Apple Store cater to more general retail needs.   A vibrant (albeit tiny) arts district has taken root in an area just east of downtown called 9th and 9th. The funky strip contains favorite retailers like The Stockist (contemporary, rugged men’s and women’s fashion), Children’s Hour — a bookstore for kids that doubles as a boutique for moms with brands like Free People, Moon River, and Eileen Fischer — and Cahoots Cards & Gifts, a repository of all things weird and festive, from birthday cards to novelty calendars and gag gifts.

The best places to eat in Salt Lake City draw from a wide range of influences, from down-tempo Mexican joints to flashier spots like The Rest: a Southern-inspired, speakeasy-style restaurant hidden beneath a dive bar. Several coffee shops have recently opened around downtown, like The Rose Establishment, while Caputo’s Market & Deli has emerged as the city’s go-to spot for all types of specialty foods, from imported cheese to small-batch, locally-made chocolate.

It’s practically a requirement these days for a major metro area to have a decent assortment of places to imbibe, and Salt Lake City is no exception. At Bodega, a festive one-room bar facing Main Street, there’s a Playboy-themed pinball machine and affordable cans of Tecate. But the real fun is downstairs, in the bar’s basement, which conceals a Victorian-inspired tavern serving hot fried chicken and hominy. For something more laid-back, try Squatter’s, the city’s best-loved brewpub. Inside, you’ll find the brewery’s award-winning Hell’s Keep Golden Ale, along with an organic, locally sourced menu of burgers, jambalaya, and house tacos. For another deep dive into the SLC beer scene, there’s Beerhive Pub. This traditional pub has 24 beers on tap (the list of bottled beers and single malt Scotch isn’t bad, either). Read More:    Written by Alex Schechter