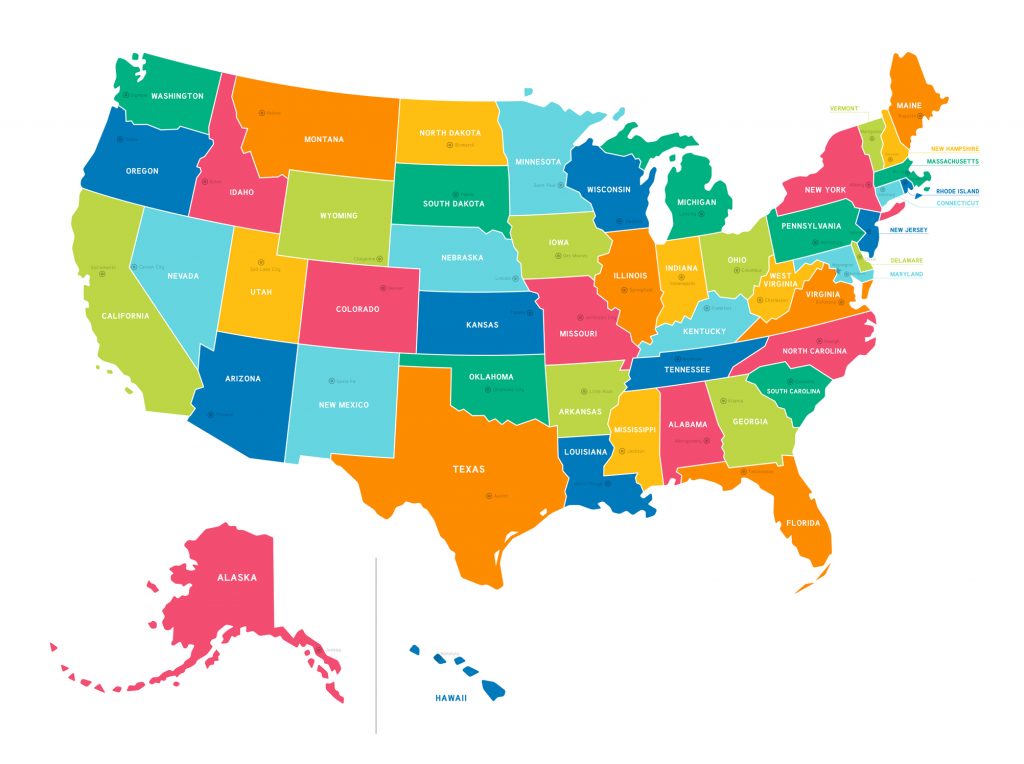 U.S. job growth in 2019 is likely to average 170,000 jobs per month, down from 223,000 in 2018. The decline is partly attributable to fewer available workers to hire with the low unemployment rate. Also, businesses are reluctant to aggressively pursue growth, given increasing economic uncertainty from the trade war with China. Hiring in some sectors –-particularly health care-– remains robust. Services associated with a growing economy, such as computers, restaurants, and temporary help, are also up. The weak spots? Retail is shedding workers as stores continue to close. The telecom sector also continues its long decline. The drop in oil prices has led to job cuts in the oil and gas sector.   As a result, some states buoyed by thriving industries are adding jobs at much faster clips than others. Every year, The Kiplinger Letter forecasts economic growth in all 50 states (plus the District of Columbia). Check out the 10 states with the fastest projected rates of job growth for 2020.

Full speed ahead for Nevada’s thriving economy, gaining momentum in the south from a continuing Las Vegas construction boom. East of Reno, electric-car maker Tesla and partner Panasonic are building out a multi-billion-dollar plant called the Gigafactory that makes batteries and parts for Tesla’s Model 3. It currently has 10,000 employees, but plans for further expansion may depend on the success of the Model 3. Nevada is a standout regionally and nationally with payrolls set to grow 3.0% this year. Hiring for construction is soaring, so much so that employers are having trouble finding skilled workers they need with some $23 billion worth of projects under way in Las Vegas alone. Work is just starting on a $1 billion Circa Resort and Casino in the downtown area while Malaysia-based Genting group is building its $4 billion Resorts World Las Vegas that will add 7,000 hotel rooms. It’s emerging as a major sports center with a successful professional hockey team, while a $2 billion football stadium is under construction that will be the future home of the Las Vegas Raiders from the start of the 2020 NFL season onward.
A healthy national economy is a boon for the gaming industry and for tourism in Las Vegas, with free-spending visitors fueling about 30% of the local economy. So far, visitor volume is 2% above last year. Housing markets in Las Vegas and Reno are healthy, partly because the state’s desert climate and low taxation rates make it an attractive destination for retirees, including many fleeing nearby high-tax states like California. A surge in home building is beginning to ease the supply crunch a little, and double-digit housing price growth for over a year has slipped back into the single digits again.
2. Utah


Utah’s economy is humming, consistently one of the best-performing in the country with expansion continuing in every major sector from healthcare to basic manufacturing. Hiring will expand by 3.0% this year, down slightly from last year’s sizzling 3.2% growth. Slower workforce growth may be a helpful development with unemployment at a low 2.8% rate that underlines the scarcity of workers to fill jobs. Utah has a large presence in a number of rapidly growing high-tech sectors including cloud computing and software development as well as in aerospace and life sciences. Its relatively cheaper real estate, growing talent pool and proximity to other higher-cost Western tech centers is fostering growth of a “Silicon Slopes” cloud computing and “Bionic Valley” bioengineering center around Salt Lake City. As many as one in every seven jobs in the state –-300,000 in all-– are generated by high-tech companies that typically pay more than other industries.   A variety of other businesses are drawn to Utah, too, including Amazon which has just put a new warehousing facility employing 1,500 employees and thousands of robots to work around the clock. Hiring is brisk in its tourism sector, while construction trades are booming with projects including a new $3.6 billion international airport at Salt Lake City. The airport is slated for completion in September 2020 and will offer visitors a gateway to Utah’s ski resorts and national parks. Hemmed in by the lake and the mountains, Salt Lake City’s growth has slowed to about 2%. But growth is still strong along the valley to the north (Ogden, 3.8%) and to the south (Provo-Orem, 3.5%). And Utah boasts, in St. George along the southern border, the fastest-growing metro (4.5%) in the entire country.