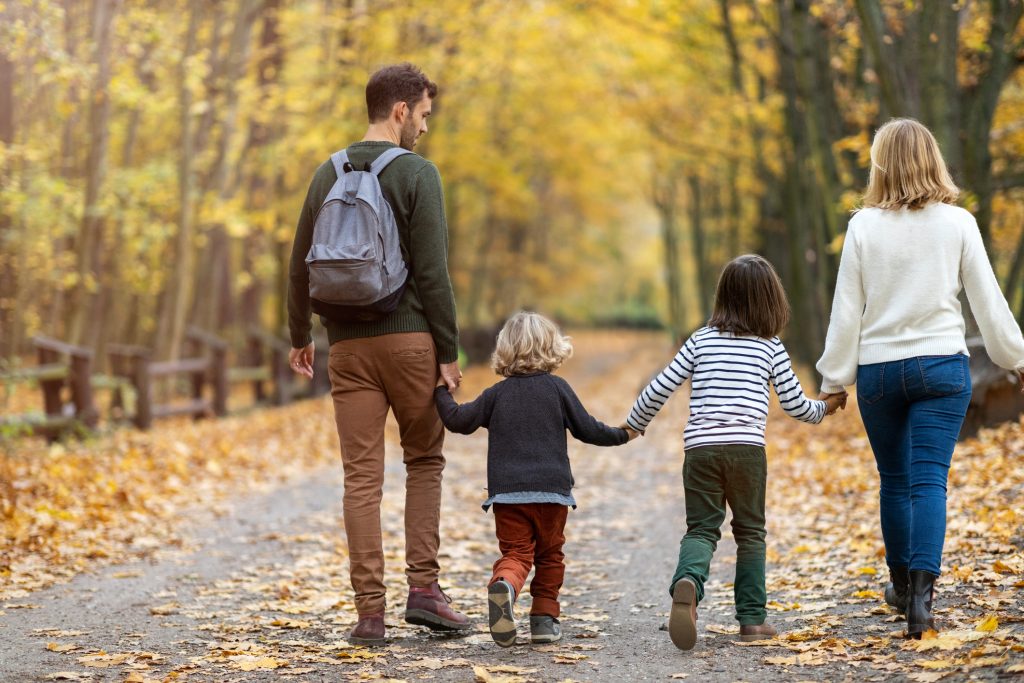 Raising kids is a difficult task – one that has been made harder for many in recent months as a result of the COVID-19 crisis and the accompanying economic trouble. Finding the best place to grow a family is a process that involves many factors that often change depending on where you look. That’s why SmartAsset analyzed the data to find the best places to raise kids in America.
We compared the 200 largest U.S. metro areas across the following metrics: percentage of the population who are children, housing costs as a percentage of income, concentration of children’s entertainment establishments, high school graduation rate, daily average air pollution, child poverty rate, percentage of the children without health insurance and violent crime rate. For details on our data sources and how we put all the information together to create our final rankings, check out the Data and Methodology section below.
Key Findings 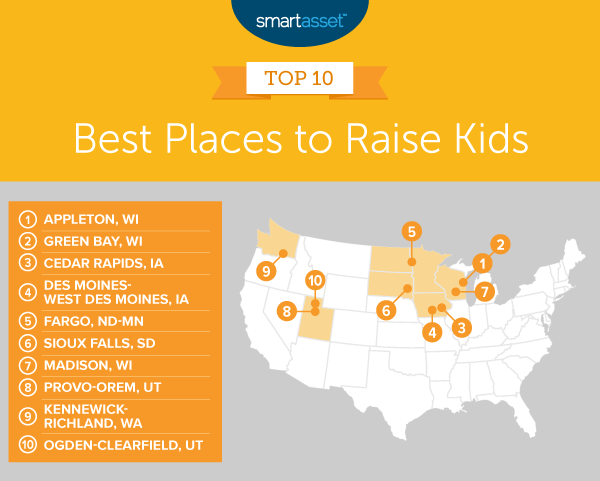 Provo-Orem, Utah’s population is 28.1% children – the highest rate for this metric in the study. The metro area also comes in fourth-lowest for child poverty rate, with just 7.5% of those children living in poverty. While the Provo-Orem area doesn’t score as well in terms of health insurance, coming in the bottom quartile with 6.61% of children lacking medical insurance coverage, it does have the second-lowest violent crime rate across all 200 metro areas for which we analyzed data.
9. Kennewick-Richland, WA
Kennewick-Richland, Washington is the only metro area in our top 10 that is located in a coastal state. Kennewick-Richland’s population is 24.0% children, the 10th-highest rate for this metric in the study. The locale places 12th overall for its low violent crime rate, with 195 incidents per 100,000 residents. The metro area also ranks within the top 50 of the study for low housing costs as a percentage of income and high concentration of children’s entertainment establishments. Finally, it ranks 17th-best overall and second-best in the top 10 for its low percentage of children without health insurance, at just 2.12%.

Ogden-Clearfield, Utah is the final city in our top 10 and it has a population that is 25.6% children, the fourth-highest rate for this metric across all 200 metro areas in the study. The child poverty rate is 8.2%, the ninth-lowest rate in the study. The metro area ranks 20th overall of the study for its low housing costs as a percentage of income and 30th overall for its low violent crime rate.