Booms in Idaho, Utah buck the curve of slowing US growth 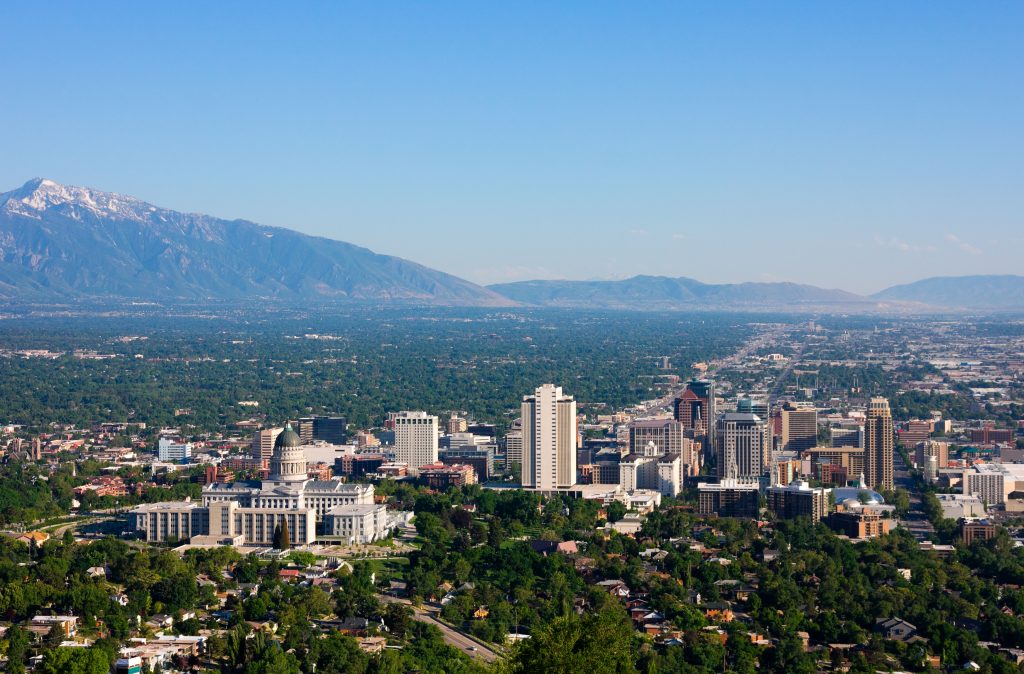 SALT LAKE CITY (AP) — Two Western states known for their rugged landscapes and wide-open spaces are bucking the trend of sluggish U.S. population growth, which dipped to the lowest level since the Great Depression, though different forces are powering the population booms in Utah and Idaho.

In Utah, births largely drove the fastest growth in the country over the past decade. In neighboring Idaho, newcomers from California and other states helped it capture the second spot.

“I don’t ever remember seeing anything like this,” said Bill Rauer, executive officer of the Idaho Building Contractors Association in southwest Idaho, the state’s most populous area. “(Builders) are running at a breakneck pace right now.”

For both states, which have long been lightly populated, the expansion comes with rapid economic growth, sparking concerns about strains on infrastructure, rising housing prices and a sharp increase in the cost of living that could threaten the area’s quality of life in the long term.

As the states tucked between the Rocky Mountains and the West Coast enter the next decade, leaders will have to wrestle with how to keep the growth rolling without letting costs spiral out of control for individual households or straining the natural resources that help draw people to the area.

The majority of Idaho’s growth, about 60%, has been driven by people moving into the state between 2010 to 2019, according to data from the Census Bureau’s American Community Survey. One in five of those came from California, many of them retirees seeking lower housing prices and some of the most pristine wilderness in the continental U.S.

The biggest growth driver in Utah, by contrast, is new births. As home to The Church of Jesus Christ of Latter-day Saints, a faith that puts a high value on family, Utah has long been among the states with the highest birth rate, largest households and youngest overall population: 31 years old compared to 38 in the U.S. as a whole in 2019.

While the fertility rate has slowed a bit in recent years, natural growth still accounts for about 70% of the state’s boom. “We’re still a lot younger and we still have more kids than most states,” said Mallory Bateman, a senior research analyst at the University of Utah’s Kem C. Gardner Policy Institute.

In-migration was also strong. The state added tech jobs and the landscape of snowy mountains and five national parks promised a strong work-life balance. The state clocked a growth rate of 18.4%, more than double the national rate.

That growth has helped power the state’s largest economic expansion, increased tourism and expanded the middle class. Amid the massive economic upheaval wrought by the coronavirus pandemic, both Utah and Idaho have been ranked among states with the lowest unemployment rates.

But with that good news comes strain. In 2019, Utah housing prices surged nearly 11%, while incomes rose less than 4%. That trend has accelerated during the pandemic as people spending more time at home look to move to larger spaces while fewer people are putting their houses up for sale.

It’s making it harder for young Utah families to follow the path their parents took. Matthew Clewett, 26, and his wife, Bethany, want to have a large family like the ones they grew up in, but high housing costs could put a serious damper on that plan. The couple bid on at least 10 houses in northern Utah before they could close on a starter home for themselves and their infant daughter in March.

“That was the American Dream back then: You got a job, you got married … and you didn’t really have to have a ton of money to be able to afford a home,” said Clewett, who is the public policy director of the Salt Lake Board of Realtors. “Nowadays it’s much harder … for the millennial generation to get into a property.”

The roots of Utah’s housing crisis go back in part to the Great Recession, when many older construction workers decided to get out of the business after the crash of 2008. The labor shortage persisted even as the economy improved and demand for housing increased, said Dejan Eskic, a researcher with the Kem C. Gardner Policy Institute who studies housing. There’s also less land available to build on.

“For the majority of middle-class Americans, their wealth is tied up in their home. It’s been like that for decades,” Eskic said. “If you’re not able to get into a home, how do you build your household wealth and set your family up?”

Utah Rep. Jennifer Dailey-Provost, a Democrat, has watched many of her middle-class neighbors leave downtown Salt Lake City over the past two decades as the cost of living increases.

Lawmakers in the GOP-dominated state took some steps toward addressing the housing crisis this year, setting aside millions for increasing and preserving affordable housing.

Similarly, Idaho’s growth has yet to cause major shifts in what is one of the most conservative political climates in the nation. Both Utah and Idaho have grown more racially and ethnically diverse over the past decade, but remain less so than the nation as a whole.

For new northern Idaho resident Derrell Hartwick, beauty and outdoor recreation opportunities were big draws to Coeur d’Alene. He first visited the area in the early 2010s, then moved there from Arkansas in late 2019 after landing a job as the president and CEO of the Coeur d’Alene Regional Chamber of Commerce. “Once I came back for the interview, I fell in love with it and was hoping and praying for the opportunity,” he said.

This story has been corrected to show the source of the migration data is the American Community Survey, not the 2020 census.