Here’s where people are moving: 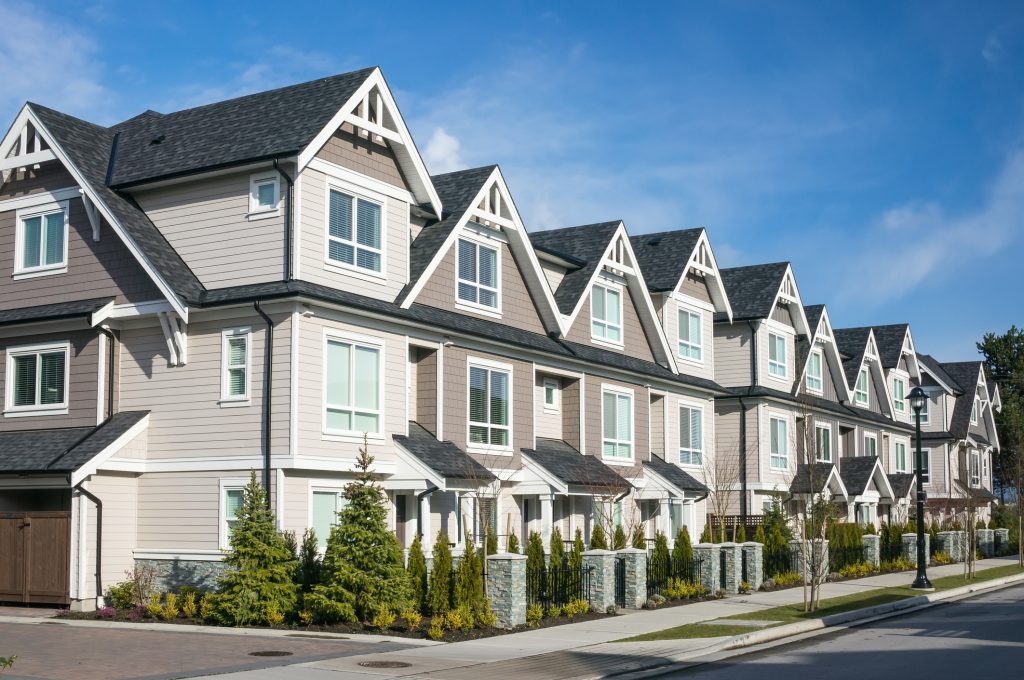 SALT LAKE CITY — You don’t have to travel far into Utah County to find signs of its enormous growth, says Curtis Blair, the president and CEO of the Utah Valley Chamber of Commerce.

“You just take a trip down into Utah Valley and you will see cranes … and new building taking place,” he said, during a population roundtable discussion inside the Thomas S. Monson Center at the University of Utah Thursday. “It is happening right in front of us. We have a front-row seat to the growth that is taking place.”That’s because Utah County was once again at the center of the state’s growth in 2022, adding 23,980 people — double any other county in the state of the past year, according to a new population estimate report released by the University’s Kem C. Gardner Policy Institute Thursday.

Utah’s estimated population skyrocketed by a little more than 61,000 people

Overall, Utah’s estimated population skyrocketed by a little more than 61,000 people between July 2021 and July 2022, marking the state’s largest spike in absolute growth since 2006. It pushes the state’s population to a little more than 3.4 million people. The report also notes that all of Utah’s counties grew over the past year, aside from Daggett County, which declined by six people.

The state’s population rise is a mixture of net migration and natural increase from July 1, 2021, and the start of this July, meaning more people are moving to the state or were born than moving out or dying in that span of time. Net migration accounted for an estimated 38,141 more residents, while natural increase — childbirths vs. deaths — accounted for another 23,101 residents.
This shows that Utah is a magnet, attracting people from outside of it to move in. In fact, the state’s net migration levels are the highest demographers have ever seen since the end of World War II in the 1940s, according to Natalie Gochnour, the director of the Kem C. Gardner Policy Institute. “We did see a similar high in 2005. This is actually a little bit higher than that … but, yeah, if you look outside of the post-World War II era, we’re hitting the peak right now,” added Mallory Bateman, the director of demographic research at the Gardner Policy Institute, and one of the report’s authors. This decade-best growth could be short-lived, however. Rising interest rates, shifts in the labor market and supply shortages that are slowing down home construction since July could curb some of the numbers between 2022 and 2023. Bateman explained that Thursday’s report may show “the lead up to a little bit of a slowdown” in the state’s growth.

The Wasatch Front is once again where the state’s population is growing the most, as the four most-populated counties accounted for more than two-thirds of the state’s growth over the past year — led by Utah County. The county’s population boost is spurred by having both the highest net migration and highest natural increase; the institute estimates that its net migration grew by 15,394 people, while its natural increase jumped by 8,586 people. The growth pushes Utah County’s estimated population up to 707,602 overall, second behind Salt Lake County’s 1.2 million residents. The state’s most-populated county gained close to another 10,000 residents over the past year, placing second in absolute growth. Davis County placed third in absolute growth, adding 5,708 residents, while Washington (4,276) and Cache (2,996) counties rounded out the top five.

Most of the growth is coming from net migration

Most of the growth is coming from net migration, which accounts for 57% of the region’s growth and 62% of the state’s overall growth. There are a couple of reasons for net migration to lead the way. First, Utah’s economy and desirability are drawing in talent from outside of the state. The state’s schools are also drawing in students, who may end up joining the state’s workforce. Bateman explained that data pulled in from the Census Bureau seems to indicate that many people are coming to Utah from California and Texas, which she says likely has to do more with the sheer population of both states than anything else. “It really says something about where we’re headed as a state,” Blair said. “From Utah Valley’s perspective — like the baby-making capital — we’re seeing net migration having a greater impact for growth in terms of resident population in this estimate period, through July 1. It’s something we really feel and see every day. I think that this conversation about growth is important because we believe that tying growth into prosperity is the key.” The other reason is some stagnation in natural increase. Utah did experience the first increase in births since 2015; however, some of the gains in the natural increase were overshadowed by rises in deaths tied to COVID-19 and other causes. Laura Hanson, the state planning coordinator for the Utah Governor’s Office of Planning and Budget said it’s a “sobering” reminder of the impact COVID-19 has had.

There’s also plenty of growth yet to come in the region.

Eagle Mountain is a prime example of what’s still waiting on the horizon. It held a population estimated just shy of 50,000 in 2021 but the city has about as many building permits currently in the works as it has buildings now, according to Blair. “That will double Eagle Mountain just if those permits get through the next three to five years,” he said. Lehi, Vineyard and Saratoga Springs are also growing at extensional rates, and there are no signs of that stopping anytime soon. Salt Lake County, while more “built out” than Utah County, also has room to grow. State officials just celebrated the start of tearing down the old Utah State Prison in Draper this week, which will pave the way for a 600-acre development known as The Point. And in Salt Lake City, buildings are growing taller and taller; city officials noted earlier this year that the residential capacity of downtown is projected to double in the near future as a result of new high-rises in the area. Similar stories are also happening in the northern half of the Wasatch Front, as the region continues to attract the largest chunk of Utah’s growth.

Growth has been a different challenge for rural counties because of how unevenly distributed the state’s growth is. “Ring counties” — places just outside of the main population cores — topped the state in percentage growth, though. Iron County’s 4.3% growth led all of the counties, as an estimated 2,625 people were added over the past year. Wasatch County (3.8%) placed second, adding 1,362 residents. Kane and Utah counties (3.5% each), as well as Rich County (3.3%) rounded out the top five in percentage growth.
I think it’s a challenge for our state as we’re thinking about how we grow — how to manage the areas where we’re bursting at the seams but also direct growth to areas that would like to see economic development and increase.

As the main clusters eventually build out, those who oversee rural commutes are hoping that it leads to growth spilling into their communities. Price Mayor Michael Kourianos, for instance, touts the housing affordability and quality of life in central Utah, a region sandwiched between the southern end of the Wasatch Front and southern Utah’s red rocks.
“People don’t realize how nice our area is. That’s one thing that’s a hidden gem for us,” he said. The mayor uses a recent Rocky Mountain Power call center as an example of how there is interest in the region. The center started with 20 jobs when it opened but has already grown to 75 jobs, simply from the demand. This is something that plays out in other rural counties, as they seek growth, Hanson said. “I think it’s a challenge for our state as we’re thinking about how we grow — how to manage the areas where we’re bursting at the seams but also direct growth to areas that would like to see economic development and increase,” she said.

The Gardner Policy Institute figures are based on datasets similar to the U.S. Census Bureau, but with local figures that calculate populations between July 1, 2021, and July 1, 2022, Bateman said. The bureau is scheduled to release its own national and state population estimates later this month. Its countywide and municipal estimates data is expected to be released in early 2023, which will show how Utah’s growth compares to other parts of the country. The Beehive State led all other states in percentage growth between the 2010 and 2020 censuses and tied with Montana behind only Idaho in the category in the bureau’s 2021 population estimate report. This also means that the data in the report reflects Utah on July 1. While the Beehive State is in the midst of its largest absolute growth in over a decade, the report’s authors are bracing for a potential cooldown when they review the data again in 2023. One reason is “significant lags in construction” as a result of supply chain and other issues. This is making it take longer to build a new home or apartment complex, which results in a longer wait for someone to move into the building, Bateman explained. “The biggest factor is that these delays in permit to final construction are quite a bit longer than what we’ve been experiencing for the last (little bit),” she said.

Higher interest rates since July 1 have also slowed down the housing market;

Meanwhile, Gochnour said that Utah’s economy has shown signs of slowing down from its torrid pace over the past year. Utah’s unemployment remained at 2.1% in October, a slight increase after dipping to 1.9% in August — though it remains well above the 3.7% national rate. What that means for the state’s population growth on July 1, 2023, remains to be seen. Utah isn’t alone in these challenges, and it’s possible that it will still draw in new residents because it’s in a better position than other areas. “We’ve had 31 or 32 years of net in-migration. We’ve hit into the three-decade world of (it),” she said. “That leads me to believe that we will continue to be an attraction state.”