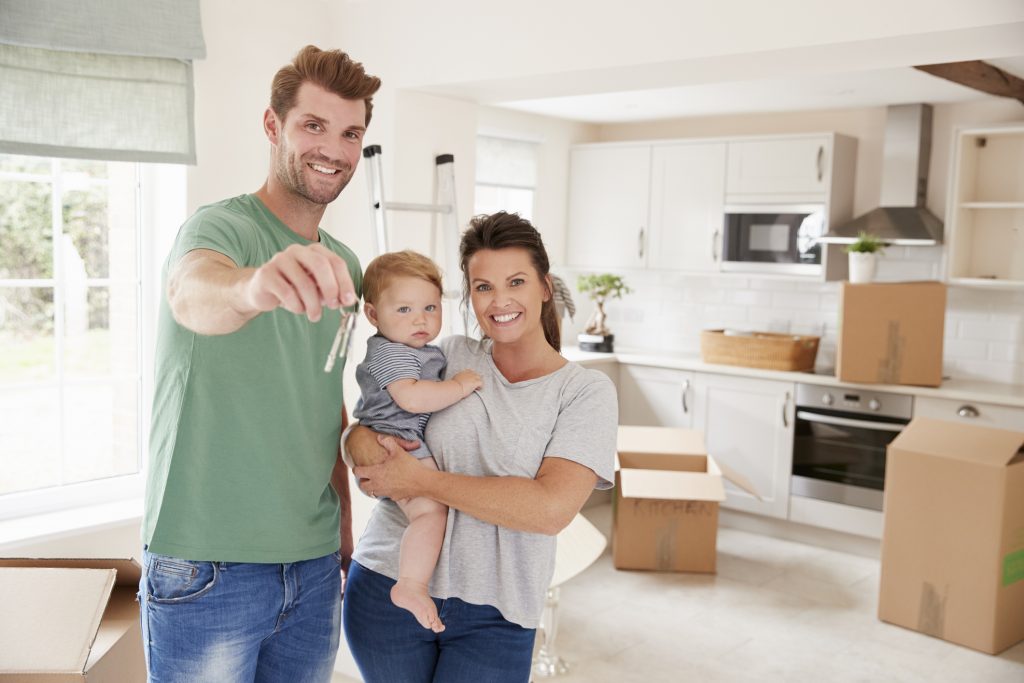 The National Association of Realtors this month identified the top 10 metropolitan areas for millennial homebuyers during the COVID-19 pandemic, drawing from the 100 largest metro statistical areas throughout the country. The study analyzed a number of factors including housing affordability, local employment conditions during the pandemic, the number of millennials in the individual metro areas and availability of housing inventory.

“Record-low mortgage rates have improved housing affordability, bringing more buyers into the market, and multiple offers for starter homes could become common in these metro areas,” said Lawrence Yun, chief economist for the National Association of Realtors. “With relatively better employment conditions and a strong presence of millennials in these markets, more new home construction will be required to fully satisfy the housing demand as the economy reopens.”

Current Riverton resident Romina Harrison, 31, and her husband, 33, recently purchased a house in Sandy to have a little more room for their growing family. And while the pandemic did create some uncertainty for a time during their search, there were able to find a place that suited their needs at a price they could afford.

“We have two kids right now and we have a town house which we love, but we’re looking for more like a yard for the kids,” she said. “We kind of found a property that we really felt fit well for us and then the prices just didn’t seem like they were slowing down. As soon as we found something that fit us and that was in our budget, we kind of jumped on it right away.”

She said they had been planning for a little while and felt like they “were mostly prepared” for the moment when an appropriate opportunity arose and they could take advantage of it.

“There was a little bit of hesitation and a worry when (the pandemic) was going on,” Harrison said. “But thankfully, we weren’t worried about employment.”

A stay-at-home mom, she noted her family was fortunate that her husband’s career in the legal profession wasn’t affected by the economic turmoil caused by the coronavirus, which allowed them to pursue their goal of moving to a place they could settle into long term.

The Beehive State has one of the stronger housing markets in the nation and has consistently been among the most affordable in the region for young buyers, according to one local analyst.

“Utah is a market where millennials — 25 to 34 year olds — of all the Western states we have the highest percentage of that age cohort that are homeowners; it’s like 50%,” said James Wood, Ivory Boyer Senior Fellow and economist at the University of Utah’s Kem C. Gardner Policy Institute. “In California, it’s like 25% because of housing prices. Millennials here seem to own homes more at a higher rate than any of the major metro areas in the West.”

“Housing affordability has increased,” said Christy Vail, Realtor and past president of the Utah Association of Realtors. “So, affordability locally here in Utah is about 13%. Where nationally, it’s only improved at about 9%. The reason for that is because of the interest rates.”

She said consistently low interest rates even during the downturn have kept homeownership in reach for many prospective buyers.

Nationwide, the typical household can afford to buy 40% of the homes currently listed for sale, compared to 34% a year earlier, according to the Realtors Affordability Distribution Score, a collaboration between the National Association of Realtors and realtor.com. The score measures the affordability of current for-sale homes overall in combination with different income levels. The data showed that affordability improved more this year in the top 10 metros than it did nationwide.

As an example, research indicated a household earning $100,000 in Dallas was able afford 56% of homes currently listed for sale compared to 45% last year in the same area.

According to April jobs data, employment fell by an average of almost 13% in the most populous metros compared to the prior year. But Dallas, Houston, Phoenix and Salt Lake City saw employment decline 8% from the previous 12 months.

The report showed that on average the top 10 markets listed had fewer workers employed in industries that were most affected by the economic shutdown resulting from the pandemic. The Durham and Des Moines metros saw 15% and 17% of employees, respectively, work in sectors at greater risk from COVID-19. The average for the largest 100 metropolitan areas was 21%, according to the data.

Greater available inventory was an additional commonality among the top markets, the report stated. For Des Moines and Omaha, the number of active listings in April 2020 increased by 5% and 1%, respectively, according to realtor.com, while inventory dropped an average of 18% in the largest 100 metropolitan areas.

The study showed 30% of residents in those markets were millennials — who comprised the biggest homebuyer segments and who analysts expected to see purchase more homes.

“Nationally, millennials make up the largest share of homebuyers and these metropolitan areas, in particular, offer great opportunities to realize the dream of home ownership,” said National Association of Realtors President Vince Malta. “As states and cities begin to reopen, millennials will play a significant role in the housing market’s recovery.”

Linda Secrist & Associates is the top selling team in luxury homes in the SLC Market. They have received countless awards over the past 20 years, including “Sales Team of The Year” for over 10 years including 2018! Linda Secrist is #54 in the top 100 Agents in the World in luxury residential real estate. If you’re searching for homes in Sandy, Salt Lake, Cottonwood Heights, Millcreek, Draper, South Jordan, Bountiful, Centerville, Farmington or anywhere in northern Utah, Linda Secrist & Associates are the real estate agents to call. If you’re buying or selling a home, don’t hesitate to text or call us at 801-455-9999!